Illustrative material for the demanding classes at school. 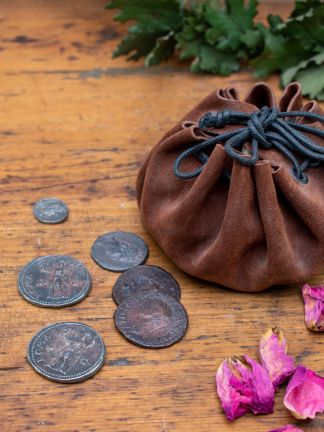 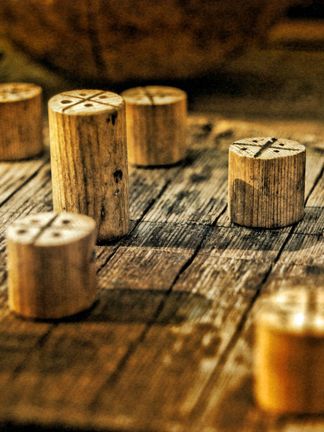 Information for the classroom

And dice were thrown by the Romans everywhere: on banquets and in thermal baths or in pubs. The dice game was always loud and passionate. And be sociable, too, when you roll the real bone cubes according to the antique model with the antique dice from the Römershop from the category Römische Spiele with cheers or loud disappointment. On the Romans and on the bone cubes on these pages the numbers one to six are by the way faithfully marked with quite large circles. In many antique museums preserved specimens of this kind can be seen. The Romans also had dice cups (fritillus) - probably to prevent fraud and manipulation. Even if that didn't always work, because many a Roman cube didn't have the same edges!

By the way, the Roman dice game with ankles was called tali. These were real ankles of animals (connection between heel and calf) or made of stone, clay and other materials. The tali could fall on only four sides, which carried the values one, two, three and six. The best result was the Venus roll (Venus; Venereus), in which the four dice showed different values. The worst was called "dog" (canis; probably four times the one).

Roll dice with the same passion as the Romans! Or enjoy the Roman board game: the board game Duodecim scripta is also known as the "twelve-line game". It was mainly played during the Roman Empire. In Rome alone, more than 100 boards were found! The game itself can be compared to modern backgammon - most of the games were made of marble, by the way. This wooden duodecim scripta is based on the original Roman board for two persons.

At times betting was forbidden in Rome and for this reason the board consisted of six Latin words with six letters each. Very often they had a philosophical meaning at the same time. There are 36 squares in total to roll each player's 15 pieces out of the board. So, here we go: let the dice roll in a cheerful round and enjoy an exciting game with your teammates!

Ancient report on the dice game

"Already the children learned to rejoice over the "auspicious six" and to abhor the "cursed dog" rather than "the bombastic speeches of the dying Cato".