In Roman mythology, the Roman goddess Abundantia was the personification of abundance. A cult in the form of temples or altars is not attested. However, she was frequently depicted on coins of the Roman Empire as a symbol of general prosperity, abundance of goods and their free availability. While she is wearing mostly a cornucopia showing valuable gifts which she pours out of her horn. Sometimes she keeps ears in the other hand. In just a few, late Roman coins, the Roman goddess Abundantia occurs also as image which scatters coins among the people.

Abundantia is the symbol of well-being and success

In Medieval mythology, Abundantia is still present. Now she is Lady Abundantia, in old French called Dame Habonde. According to this legend, Abundantia is a kind of being that brings prosperity and abundance, when she enjoys together with her night ladies food and drinks, which have ben offered to them at night. Abundantia is thus both a Roman and a Nordic goddess of prosperity, success and abundance. The legend says that she helps all who seek her help to gain gold and wealth. And Abundantia always carries a cornucopia full of gold coins, which she lets drop behind her on the way, where ever she goes. A sign for her assistance are coins found in the most amazing places. But Abundantia brings more than just pocket money! She also gives prosperity and abundance!

The benefactress on coins 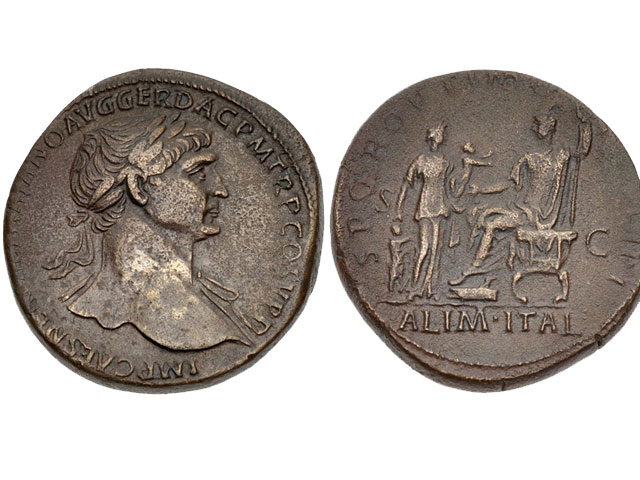 Abundantia did not need temples or altars, but the Roman goddess of prosperity and wealth was abundantly present on her own symbols – on coins. In her the difference between religion and mythology are blurred. While Abundantia is represented always as a beautiful woman, in one hand a cornucopia and in the other hand corn ears, she wears a wreath of flowers. On later Roman coinage Abundantia distributes coins among the people. According to the legend the Roman goddess visited the houses at night to bring prosperity to the people. Abundantia is a goddess who is especially kind to women, supports them and helps them to achieve and maintain leadership for inner wealth. Yet, she also looks after financial institutes. Warsaw has set her a monument in the famous Wilanów Palace Road. She holds a cornucopia as a symbol of abundance, food, and good harvest.

Plastic Free packaging For a long time now we have been working on making our packaging plastic free. Now that we have again found some environmentally friendly alternatives, almost 95% of

Roman Vinum – the Wine of the Romans In antiquity, wine was the only beverage recognized by all nations of the Mediterranean. As today, there was the separation into vinum album, white

Toys for Roman Children “The next time your parents slaughter a sheep, have them give you the knucklebones,” was an instruction for Roman children for getting the most popular gaming

Roman Writing Materials At first, Romans used wooden tablets around 20 centimeters wide and six to 15 centimeters long. The surfaces were whitened and they were written on with ink. These

Rome’s Libraries There had been private libraries in Rome since the 2nd century BC. Public libraries for Greek and Latin literature were only established during the early imperial period.

Roman Law What rights did the Romans have? In the Roman Republic, all citizens had two basic rights: The right to vote (suffragium) and the right to call on the Roman Assembly (provocatio).

By selecting "Accept all", you give us permission to use the following services on our website: YouTube, Vimeo. You can change the settings at any time (fingerprint icon in the bottom left corner). For further details, please see Individual configuration and our Privacy notice.

The settings you specify here are stored in the "local storage" of your device. The settings will be remembered for the next time you visit our online shop. You can change these settings at any time (fingerprint icon in the bottom left corner).

To view Vimeo contents on this website, you need to consent to the transfer of data and storage of third-party cookies by Vimeo.. This allows us to improve your user experience and to make our website better and more interesting. Without your consent, no data will be transferred to Vimeo. However, you will also not be able to use the Vimdeo services on this website.

Would you like to see these contents? Activate the desired contents for one session only or allow the website to remember these settings. Once you have given your consent, the third-party data can be loaded. For this, third-party cookies might be stored on your device. You can change these settings at any time (fingerprint icon in the bottom left corner). For further details, please see the Privacy notice.