Would you like to experience history literally first hand? Dress like a Roman with this tunic with red clavi - bright fabric. The time of ancient Rome had its very own laws and also its very own rules of clothing. In this way it was possible to recognize the status and the social class of the wearer through their clothing.

With a Roman tunic you will get a touch of ancient Rome into your home, which will give you a better idea of the way of life in ancient Roman and a unique and very significant historical era. This piece of clothing was worn around the 1st. Century A.D. by the Roman citizens of the upper class and is now available to you as a replica in the wide assortment of the Roman shop. We make history come alive for you!

A quality product in an old Roman style

This Roman tunic was worn by the senators and the men of the Roman equestrian class (latus angusticlavus) and has the following characteristics:

This historical garment will be delivered to you after ordering in the usual Roman shop quality and is made of organic cotton.

Dive into the Roman world

Are you a fan of history and the Roman era? You do not have to read Asterix to revive Roman history. While wearing this Roman tunic you will get a sense of how the ancient Romans once lived. Use this replica of an ancient Roman tunic to revive the story of a bygone era. Would you like to vividly demonstrate your pupils during history lesson how life used to be lived in ancient Rome? Or would you like to dress for a carnival party as a Roman? With the high-quality garments from the Roman shop you will always make the right choice. Take a look around!

The Roman Senate - An important institution

Our Roman tunics made of organic cotton have a special look thanks to the two sewn-on red stripes, the sign of the Roman senators. The senators of the old Roman era were not only highly respected citizens in the Roman Empire, but they were also very influential and extremely powerful. About 100 citizens belonged at that time to the Roman Senate and directed the destinies of the people and inhabitants of the great Roman Empire. They adopted laws and thus defined substantially the lives of the people of Rome.

Yes, indeed! Traditional tales demonstrate that clothes made of cotton were worn in the imperial age alongside wool, linen and silk (see publications from Augusta raurica, Switzerland) and came via trade routes and import goods into the Roman empire.

Even Plinius Secundus reported about them: Antique cotton

Tip for Reeanactors: Simply sew the sleeves and the seams on the neck by hand over and the tunic will look like homemade! 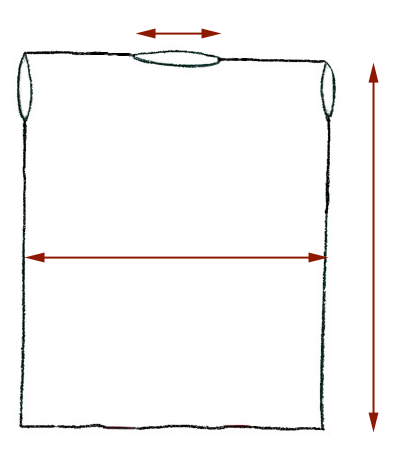