To read or hear about history is one thing to playfully deal with history another. Various ideas help to get into the time and to imitate with a lot of fun history. Whether it is the time of the Romans and Greeks, or the world of the Middle Ages, there are many ideas in the Roman shop. Have fun at the birthday. 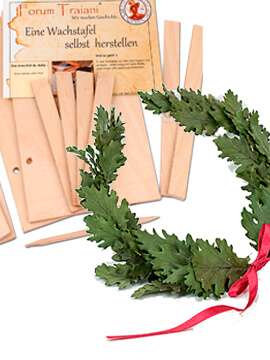 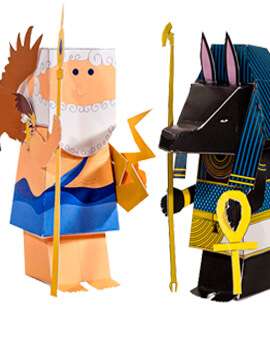 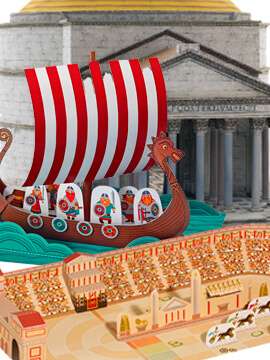 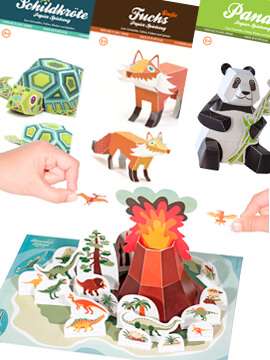 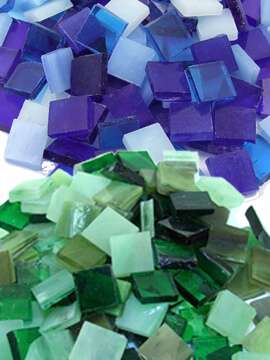 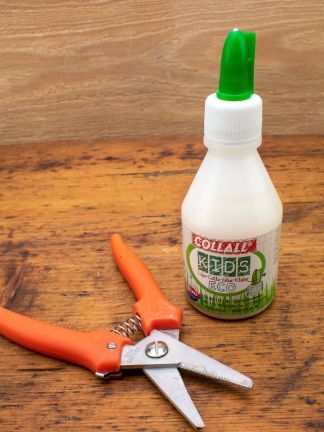 3D figures and utensils for an exciting story

How did the Romans write? Or the Egyptians? What did a senator look like? Or an Egyptian god? There are many areas where you can find the Bastelides, which bring the history closer to you.
In the shop you can find a whole lot of handicrafts, with which you can, for example, reconstruct historical buildings.

After all, build the St. Peter's Basilica in Rome. Or the Pantheon with its high dome and the opening in it. Or the trojan horse, and then play the war between Trojans and Greeks, and with what cunning the Greeks were finally able to decide the war.

Do you want to know how it feels to be a legionary? There is a bow for a helmet or sandals made of genuine organic leather. In addition, you can build a piece of the limes from a bow. So it is possible to play a piece of border life between the Romans and the Germans. You do not necessarily need a helmet, you can make the play figures and also a Roman village.
And if you want to set up a villa, a Roman country house, you might want to decorate the floor with a real mosaic, just as the Romans did. Also there is a kit for the Bastelideen in the shop.

Rebuild the world a bit

Perhaps the owner of the villa is a Roman writer. Then he needs growth records to record data and facts. What would your clerk write down on growth? After that the news would have to be sent to Rome to the senators or the emperor. You could make a piece of Rome yourself. The Caracalla Baths, the Pantheon perhaps. Make a Senator, too. What would he say to the news of the Germanic frontier? Are there perhaps unrest, new catapults needed? Or is everything peaceful and the writer needs only more stones for his mosaic? Think about your own story and build parts yourself.

Perhaps the scribe would like to sell his villa, but also to be sold to Egypt? Then he would not write news on growth, but on papyrus.

Make your own papyrus and think about your own messages. Perhaps you are reporting about the strange world of gods in Egypt, for example, Horus, a god who looks like a falcon. There is also a kit for a Horus.
Perhaps the writer also describes an Egyptian temple. Had he to travel to Luxor and saw the temple of Karnak there? Does he report to Rome? And to make it easier for you to describe it, you can also build a temple or even Karnak.

How did life in such a temple look like? How many people lived there? What is depicted in the wall paintings? What did people live in the temple? What would the writer write to Rome?

But perhaps the scribe not only visits Karnak, but also the Celts, travels to Jerusalem or Greece. The various craftwork templates for many temples and historical figures can be found among the Bastelideen in the shop, and leave plenty of room for travel into the past.

The Middle Ages and its charms

Those who do not want to travel to ancient times will also find many ideas about the medieval age in the craft sector.

For example, you can create a romantic castle and a castle woman. The knight, who might want to save her, is sure to find it. Or a big celebration with a tournament is celebrated. Be inspired and build your story.